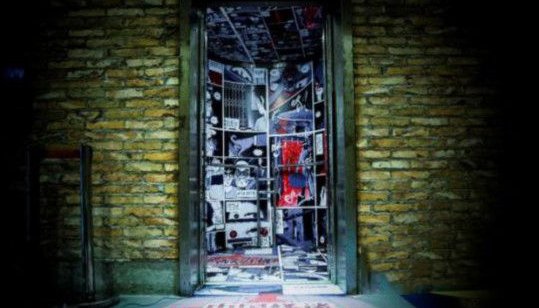 "Chinese Strange Talks" was created on October 10th and was published in the works of Netease comics. It hit nearly 700 million and was welcomed by a large number of fans. "Hell Lift" mainly talks about the horror story of the protagonist Xiaozhi riding an old elevator and accidentally slamming the evil spirits to hell. The special scene in the horror cartoons enhances the overall atmosphere and user experience through VR.

This event will invite strangers to experience the horror VR by elevator respectively, and record the reaction of each experiencer, and cut it into a creative video for sharing.

The combination of VR and comics makes the comics appear more realistic in front of people, especially the horror comics in the VR's dip under the atmosphere more realistic. Hell Elevator will become the first attempt to combine domestic comics and vr technology. Its effectiveness will also greatly affect the domestic comic industry and lead the comic industry to seek new breakthroughs.

A television system that uses radio frequency cables or optical cables to transmit, distribute, and exchange sound, images, and data information. The world's first set of common antenna TELEVISION in the late 1940s in the United States began to operate, and later gradually developed into cable TELEVISION. China began to install and use common antenna TV systems in high-rise buildings in 1974. In the 1980s, high-rise buildings such as hotels in cities, residential buildings and industrial and mining enterprises in the suburbs began to install cable television systems.