â€œDo you still remember the predictions that I made during the last launch of the Storm Mirror?â€ Feng Xin said at the opening speech of todayâ€™s Storm Culture Strategy Conference. 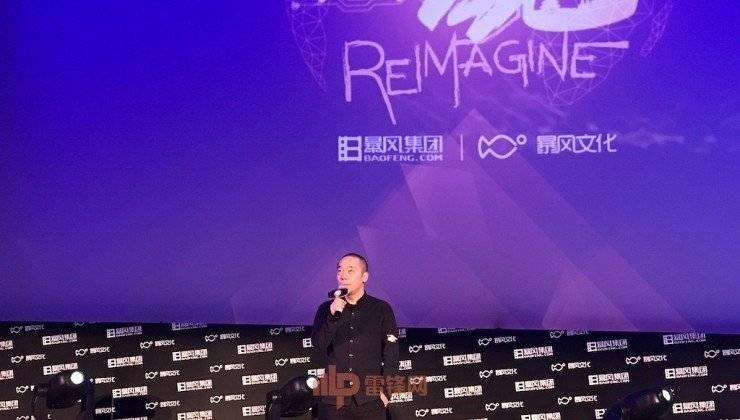 According to reports, his prediction for the next two years in the VR industry at the last conference included four points, including the following two points:

VR is very hot, cultural tourism is also very hot, coupled with Feng Xin's prediction, the storm is no reason not to do. The storm culture company announced today is the one to do.

However, before proceeding further, it is necessary to make it clear that the official statement is that â€œStorm participates in the establishment of a new cultural companyâ€, so this should not be a wholly-owned subsidiary of Storm Group, but the participants did not disclose it.

Storm culture advocates VR + cultural tourism. Li Yuanping, chief executive officer of Storm Culture, said that the new culture will use the federal ecology of resources and adopt the â€œVR+â€ cross-border cooperation model where storms are good at.

This also constitutes the main part of the conference: many partners made speeches in turns. According to statistics, partners disclosed by Storm Culture Inc. include, but are not limited to, the following:

Cooperation with VR Industrial Base in Fujian Province

All together, the new storm culture has incorporated a total of 10 partner resources for regional cultural and travel capabilities across the country. It signed cooperation intentions with 9 eco-partners including the government, capital, IP, and tourism industries.

After the mirror layoffs, the storm set up a new cultural company to VR+

â€œV Tourâ€ is a VR/AR Travel Experience App; Magic Fish 3rd Experience Center is an offline output port constructed by New Culture United Regional Partners, including a tourism and tourism center, a city tour center, and a scenic experience center; The transformation of IP will be carried out through the technological restoration and reconstruction of super culture IP such as Wenbo, scenic spots and intangible cultural heritage.

Li Yuanping gave an example. Similar to the exhibition exhibits of the Palace Museum, it also has a collection function. A considerable number of collections are not displayed externally. If they are made into three-dimensional images, they can be exhibited in the form of virtual exhibitions. Now.

Of course, VR+ cultural tourism is only an entry point, and in the future it will also enter music, art and other cultural content areas.

After the mirror layoffs, the storm turned to VR+

After last year's storm layoff, the mirror CES Huang Xiaojie had interviewed the media that the storm will separate the VR+ business in the mirror, including VR+ advertising, VR+ real estate, VR+ tourism, etc., to establish a separate company. The newly established storm culture confirmed his original ideas.

According to Xiao Bian, after the development of VR to the current stage, the hardware platform has basically been seized by the big manufacturers. There are HTC Vive and Oculus Rift on the PC, and Huawei VR and Xiaomi VR on the mobile. It is obviously difficult to grab a big cake from the storm with no hardware background. In addition, the C-end VR consumer market is still in the early stage and you want to quickly obtain Revenue, cut into the 2B and B2B2C content production areas is a good choice.