The semi-annual report disclosed by Hongli Optoelectronics, a listed company, showed that the company's net profit fell 15.87% year-on-year, and domestic and foreign incomes both fell.

Hongli Optoelectronics pointed out that the second quarter revenue decreased year-on-year, the main reason for the increase in gross profit margin year-on-year: First, due to the European debt crisis and domestic policies, revenue decreased by 3.83% year-on-year. The European debt crisis in the first half of the year impacted China's LED exports. At the same time, the domestic purchase restriction policy affects the real estate industry, which in turn implicates LED lighting, resulting in a decline in the company's revenue. Second, sales restructuring, general-purpose lighting and LampLED revenues with lower gross margins decreased, while high-margin car lighting and SMDLED revenue growth increased, driving up gross margins. Third, due to inflation, labor costs, logistics costs increased, and company management expenses increased, resulting in a decline in net profit margin.

However, the reporter found that in the first half of 2012, Hongli Optoelectronics received only 64,000 yuan from the financial allocation. In contrast, in the first half of this year, *ST Guangzhou Steel received only 400,000 yuan and 200 million yuan from the government subsidies for the LED energy-saving car lighting decoration system project and the LED project financial subsidy project of Guangzhou City Science and Technology Bureau. The National Semiconductor's semi-annual report, which is also the LED packaging company, shows that the government subsidy for the first half of this year was 10.459 million yuan.

As "Guangdong Province promotes the use of LED lighting products implementation plan" clearly proposed the EMC model as the main promotion method, and the heavy surplus Gongyuan has the third batch of "energy-saving service company national filing unit" qualification. The company borrowed capital from the company to meet the bidding conditions of EMC Energy Saving Company of Guangdong Province, in order to promote the company's lighting products and enjoy the Guangdong LED support policy. At the same time, the company established direct sales centers in Shenzhen, Hangzhou, Xiamen, Shanghai and other places to form a rapid response system to local customer needs.

Fahold  family of 40-240W drivers provides leading edge technology for high efficiency, application flexibility and reliability in rugged environments. With their tunable outputs, this family is customizable for specific fixture and module applications. Universal's Everline LED Drivers can be configured to set their current output down to 50% of their maximum rated design level. This function is called tuning, or also, programmable LED drivers. Tuning provides the ability to set a tunable driver`s output current at levels lower than its full output rating. After a driver is tuned, it can still be dimmed to lower output currents with standard 0-10V controls. Tuning the driver based on the LED module used not only makes each fixture more efficient, it also increases the life of the LED module. Tuning assignments are stored in driver memory and are not lost when power is removed. Most factory produced drivers are tuned to maximum output unless otherwise noted on the label. 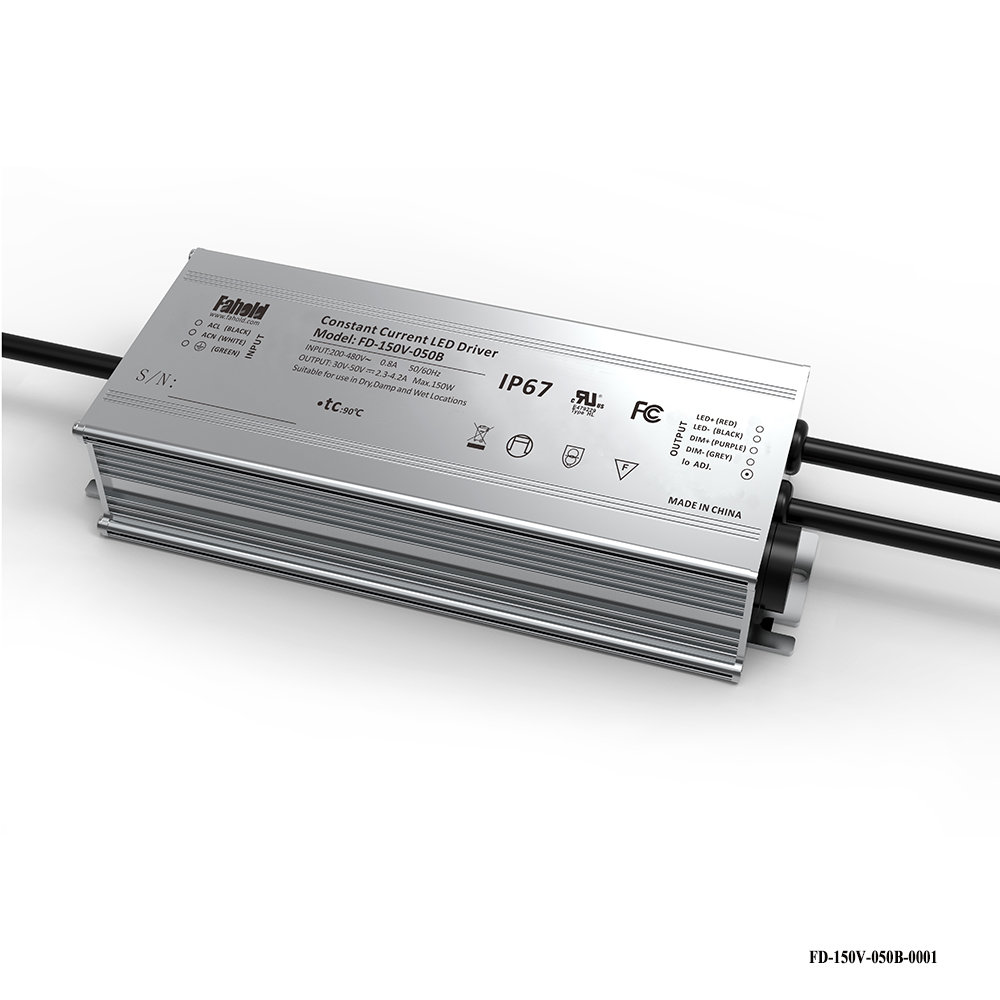