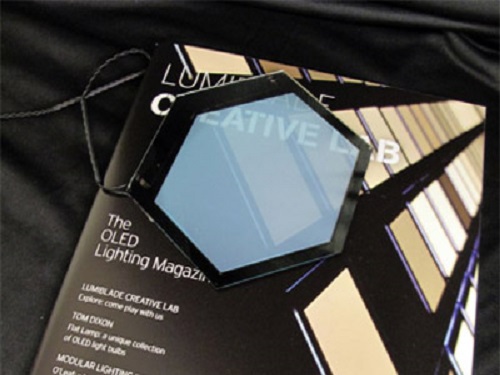 With the development of lighting technology, you will no longer need to open the chandelier when you return to your home in the future. Instead, just open the lighting system of the window.

Dietmar Thomas, of Philips's Philips Lumiblade, said that with the development of OLED (organic light emitting diode) technology, light-emitting walls, windows and furniture will replace light bulbs and LED lights. He said: "Imagine a window with a transparent OLED light source integrated inside. During the day, light can shine into the room. At night, you don't have to turn on the chandeliers or wall lights, but just open the lighting system of the windows."

The operating temperature of the OLED is very low, only about 30 degrees. This means that the light source can be integrated into the furniture and even "painted" on the wall. Thomas said: "OLEDs will open a new way of lighting. In the future, for example, after 5 to 10 years, you can embed OLEDs in the wall. After power on, the entire wall will glow.

Currently, OLED light sources have a thickness of less than 2 mm and a maximum size of 12 x 12 cm. Thomas predicts that this thickness can be reduced to less than 1 mm in the future, and the size can reach 1 square meter. He said that although current OLED light sources are still expensive, prices will drop significantly in the future. "I expect that OLED will enter the mass market within five years, and everyone can buy OLED systems from IKEA."

Lumiblade is the brand of Philips OLED lighting products, and Thomas Lumiblade Innovation Lab is dedicated to introducing OLEDs to developers and helping them explore new uses for OLED technology. The laboratory has exhibited several prototype products.

OLEDs can also be used in cars in the future. Because the thickness is smaller than the current LED, the car designer will be able to design a larger interior space or a more compact car.