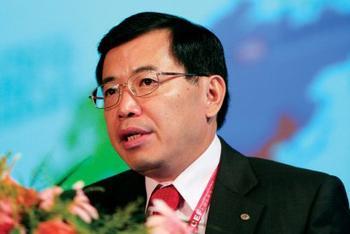 On the morning of January 11, North American time, TCL formally named the "China Grand Theater" of Hollywood landmark on the Hollywood Walk of Fame. This is an important move for TCL to enter the North American market.

Li Dongsheng, chairman of TCL Group, said in an exclusive interview with reporters that TCL's TV sales reached the top three in the world last year, and its goal in the future is to change from â€œthe top threeâ€ to â€œthe top three.â€

Hollywood China Grand Theatre is adjacent to the Dolby Theatre where the Academy Awards was held. This time TCL signed his 10-year naming rights in one breath. Li Dongsheng said that he hopes to make American consumers better understand Chinese companies and color TV products.

TCL sold 15.78 million color TV sets last year and entered the world's top three color TV sales for the first time. Li Dongsheng frankly stated that in the past few years, it has developed faster in emerging markets. "In the future, we will strengthen the development of the European and American markets."

At the just-concluded 2013 CES (International Consumer Electronics Show) in the United States, TCL released the new VI "color your world".

â€œThe US market is very open. The key is whether your products are competitive enough.â€ Li Dongsheng said that in 2012, TCL sales in North America, color TV just started, sales are not great, the mobile phone is a breakthrough, hope that the future TCL can become One of the most competitive brands of consumer electronics in the United States.

He believes that the two most important indicators to measure the success of a brand are market share and the brand reputation, which is mainly achieved through technological innovation.

Product innovation is mainly intelligent and new display in both directions. TCL has focused on these two directions. Last year, it established the Smart Products Technical Committee and the New Display Technology Committee. It also set up the US Innovation Center in Silicon Valley to conduct innovative development of lead technology and special development for the US market.

Li Dongsheng told this reporter that TCLâ€™s North American factory will continue to be placed in Mexico because it has no tariff barriers in the North American Free Trade Zone.

In order to cooperate with the brand in North America, TCL set up two sales companies in Los Angeles to be responsible for the sales of mobile phones and color TVs respectively. It also cooperated with Amazon and other channel distributors and this year, the person in charge of Amazon purchasing participated in TCL's activities at CES.

Although TCL's TV sales reached the top three globally last year, Li Dongsheng has a clear understanding of the gap between TCL and leading companies.

"TCL will not be too far away from becoming the 'top three,' but there is still a long way to go to become 'the top three'," Li Dongsheng said. Although TCL is the only color TV company in China that has opened up the upstream and downstream LCD TV industry chains, it is frankly stated that the gap between Chinese companies and Samsung and LG today is at least a decade. â€œOur scale strength is currently only close to the level of Samsung and LG 15 years ago.â€ Li Dongsheng said that the rise of Chinese TV companies in this round will be more difficult than the rise of Korean companies at that time because at that time their opponents were Japanese companies. "We will grow in the future and we must surpass Japanese companies, and we must also fight with two big Korean companies." Li Dongsheng said that it takes a decade or more.