Mobile phones are developing at the speed of Super Moore's Law. From single core to the current 8 cores, the screen has grown to 1080p, and the memory has ranged from tens of MB to 2GB. Everything in the mobile phone is being updated, but the battery of the mobile phone is still in the same place. The fuel cell that has been said before has been delayed due to various technical problems. In order to solve the problem of battery life, many manufacturers can only increase the thickness of the mobile phone, in order to have more space for the battery. Recently, the Internet has been circulating heat batteries, and it is said that it is 20 years of continuous power.

The name of the nuclear battery sounds arrogant. What is it, can it be the ultimate weapon to solve the mobile phone life?

Some people may wonder how such a mysterious thing as nuclear power can be made into a battery-like size? However, the fact is that there is such a thing, and there is a purchase on Taobao. The battery that the net uploads is called NanoTriTIum, is a nuclear battery made of ruthenium, only a few centimeters. However, this battery is not cheap, the price on Taobao is 6980 yuan, and it is still used. 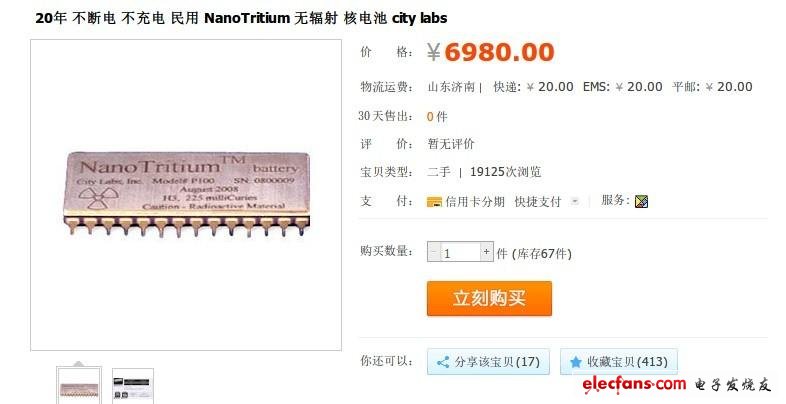 However, this kind of nuclear battery is different from the nuclear battery we usually say and the nuclear battery carried on the Curiosity Mars. At present, all nuclear power plants use heavy element fission reactions to release heat and convert heat into electricity. The NanoTriTIum battery on the Internet is different from the nuclear power plant in its principle. It is a radioisotope battery. These batteries can be roughly divided into two types, namely, a heat-conversion type nuclear battery and a non-thermal conversion type battery. Among them, Taobao said that it belongs to non-thermal conversion type batteries. This type of battery uses beta particles released when the isotope decays, that is, directly uses electrons to generate electricity, and does not involve the use of heat to generate electricity. The NanoTriTIum nuclear battery uses the isotope of hydrogen, whose nucleus consists of one proton and two neutrons. This is an element that undergoes beta decay, releasing high-speed moving electrons (ie, beta rays) and simultaneously transforming into æ°¦3. These high-speed electrons are injected into the semiconductor to generate current.

Since the half-life of helium is as long as 12.43 years, this battery can continue to provide batteries for a long time. However, the current generated by it is not large. If you really want the nuclear battery to supply power to the mobile phone, the size of the battery must be larger than the mobile phone itself. Therefore, the current nuclear battery is only suitable for those applications that consume less power but require uninterrupted power supply for a long time, such as power supply for built-in medical equipment, and military or space applications.

However, with the development of technology, in the near future, we really only need a coin-sized battery, so you can make your phone not charge for 5000 years. 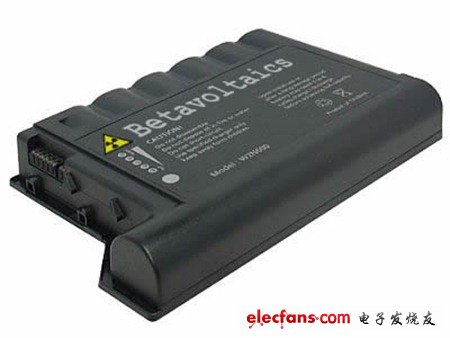 6.Use for Fashion Show and Internet bar