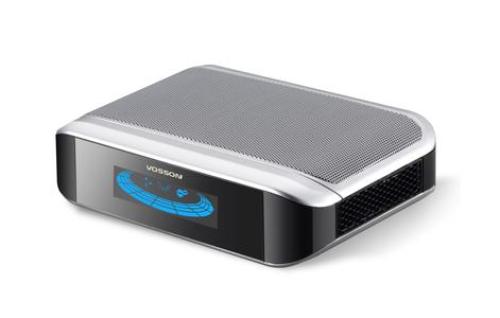 In the past month, hazy weather has ravaged most cities in the country, and Guangzhou has also been listed as a smog-contaminated city. Air purifiers with the function of PM2.5 have rapidly become popular in the home appliance market, becoming the largest dark horse in the home appliance market at the end of the year. . Sun Wei, general manager of Guangzhou Suning introduced: â€œThe sales of tepid air purification products in previous years have become the largest dark horses in the recent sales. The double-line sales growth rate reached 200%, and many hot-selling products from foreign brands such as Panasonic and Philips even appeared once. Out of stock situation."

Ren Wei, the home appliance market at the end of the year, believes that with the increase in public awareness of air quality and self-health, the market for air purification products has expanded rapidly. The reporter visited found that air purifiers were placed in a conspicuous position in each of the main stores in Suning, with rich styles and prices ranging from a few hundred to several thousand dollars. The ability to reduce PM2.5 is the biggest selling point of these purifiers. .

According to statistics, at present, the air purifiers in China have less than 1% of households, and the market prospects are very large. In addition, the brand concentration of the industry is relatively small, and the rapid development of the purification market has brought great imagination space for the future development of air purifiers.

In addition, although air purifiers are listed as "high value", the air-to-ground market is fiercely competitive, and it has quietly set off a wave of price cuts. It is understood that Suning recently launched a series of preferential activities for air purifiers, the average product price is 15% lower than usual, there are foreign brand purifiers and even played a price of 1,500 yuan or less, while Suning Tesco also launched the full time purifier full 500 yuan minus 50 yuan, no cap on the promotion.