Masayuki Sugawara, an executive research engineer at NHKâ€™s public broadcaster NHK, says 8K is the ultimate technology and there will be no technology beyond it. Does this statement fly? What technical obstacles to achieve 8K resolution in the end, why after the upgrade becomes meaningless? We have to look at this issue from two perspectives. The first is whether the 8K resolution path is difficult to overcome in the end. Second is the only way to optimize the display resolution.

Upgrade to this! Japanese agencies said 8K is the ultimate fly?
First of all, let's take a look at the difficulties encountered in the popularity of 4K resolution. The 8K resolution is only an upgrade to this difficulty. The first is the transmission problem, 4K resolution due to many pixels, large amount of data, so transmission pressure, the traditional TV signal transmission, it is difficult to withstand such a large amount of data, rely on network transmission, the speed requirements for the network is also very high, For the current 4K transmission, the mature solution is to rely on satellites, but such an approach can only be a large-scale project. There is no way for ordinary consumers to use it. 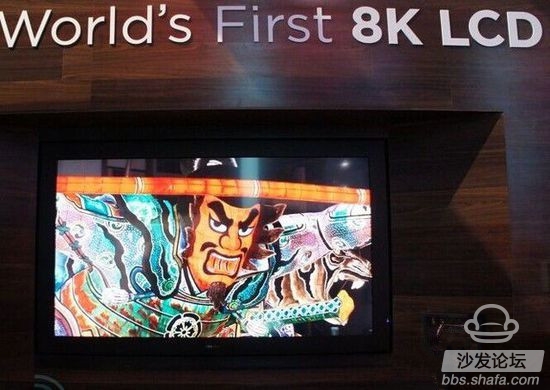 8K resolution data is very large
This is followed by the issue of video production. At present, equipment for shooting 4K is gradually becoming more abundant. However, storage is a problem, and the amount of data is still hundreds of G. The current storage technology is still difficult to support. Regardless of whether it is for commercial use or for civilian use, the current storage cost is very high. Commercial production can also support this kind of production, and ordinary consumers can only shoot small videos for recreation.

As for the devices on the playback end, the current 4K devices are more abundant. Whether it is a TV, a projector, or a monitor, 4K devices are not hard to find. It can be said that the high-resolution support of the player is the best in terms of the above links. Link. However, when it comes to 8K devices, there are few mature products. The transmission and production difficulties are even more difficult for the 8K industry because the 8K video data volume is even greater.

However, it is worth noting that the storage and transmission technologies are still in development. Although the use of graphene and other materials in the future is likely to make great strides in storage technology, I think these obstacles are all variables and cannot be changed. Therefore, judging from the current technical limitations to determine the future 8K is the ultimate technology, obviously not reasonable.

The challenge of resolution itself
Increased resolution itself also faces technical obstacles. The emergence of 8K resolution equipment has two major pressures. The first is cost pressure. 8K devices must be used on large-sized devices. The cost of such devices, whether they are projectors or LCD screens, is not cheap. Therefore, it is not possible to use them in the consumer-grade field. The current development direction is in the commercial field.

In addition, the key to improving the resolution is the optimization of the driver. To drive such a large number of pixels, the circuit needs to be made small enough. But the ability of the circuit itself cannot be reduced. Therefore, high mobility carrier materials are required, so the industry has LTPS and IGZO-driven LCD screens. The emergence of these two types of driving materials has led to the emergence of high-resolution screens. The original amorphous silicon drive volume is too large, if the high resolution is achieved, the screen light transmittance is very low. 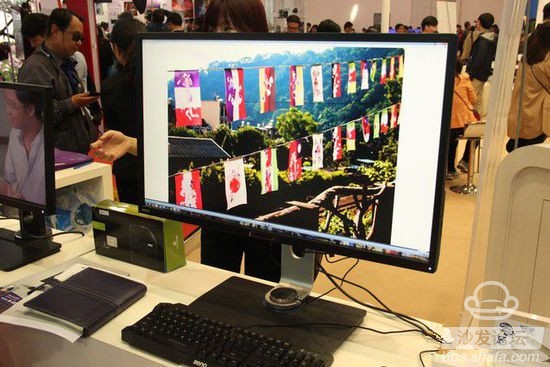 The key to improving resolution is to drive
However, TPS and IGZO drivers are expensive, so they have not been applied to large screens. The large-size LCD screen still uses the original amorphous silicon driver. Due to the large size of the screen, the light transmittance does not have much influence. Many 4K resolution large screen devices are made using this principle. However, to achieve 8K resolution, it is imperative to optimize the amorphous silicon driver to ensure the brightness of the picture. 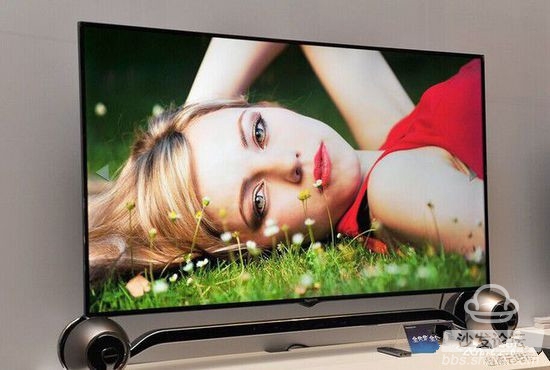 Realizing 8K resolution requires optimization of amorphous silicon driving
From this point of view, 8K resolution is indeed a more appropriate value, because the cost of continuing to search for new materials is too high, and the effect obtained will not be greatly improved. This is because the human eye has a certain limit. Next we will talk about this issue.

Quantification of resolution development
The limit of the human eye is the constant amount. Once Apple proposed the concept of the retina, pointing out that under a certain size and distance, after the density of the PPI reaches a certain level, the human eye cannot distinguish the continued PPI upgrade. Although it turns out that Apple's concept of the retina is low on the concept (after many mobile phones have PPI higher than this value, the human eye can distinguish), but there is no doubt that this idea is right, on the 5-inch screen The difference in resolution between 2K and 4K is not obvious. 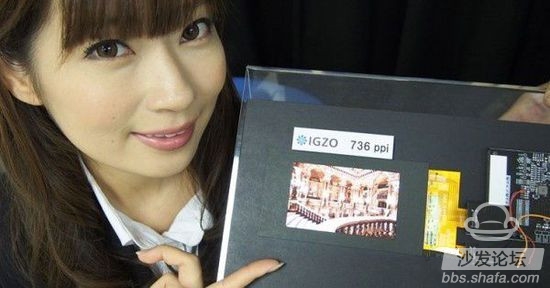 High ppi can reach the resolution limit of the eye 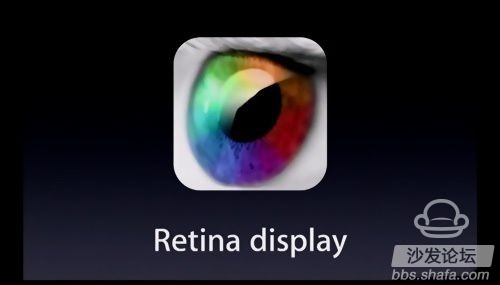 The direction of the concept of retina is correct
At a certain distance, excessive resolution is wasteful. The 8K resolution requires a large-sized screen, a large-sized screen requires a large space for viewing, and the establishment and maintenance of the viewing space require a lot of money. As the resolution continues to rise, there is not enough room, so if there is a 16K resolution, there is no room for it. From this point of view, it can be said that Masayuki Sugawara's views are correct. However, after all, resolution is not the only standard to measure the display effect. Over-strengthening of this indicator may not necessarily be recognized, whether it is in the business or consumer-level fields.

There will be changes in the development angle
The author believes that 8K is the ultimate and critical mistake, that is, resolution is not the only direction of display development. Compared with the development of resolution, the advancement of color and stereoscopic images, interactive technologies, the development of head-mounted displays, etc., may exceed the shock of 8K resolution. There have been many other areas of this technological change. For example, in the era of feature-phones, the resistance to falling and the battery life of mobile phones were the key indicators. In the end, the most anti-fall mobile phone became the king? 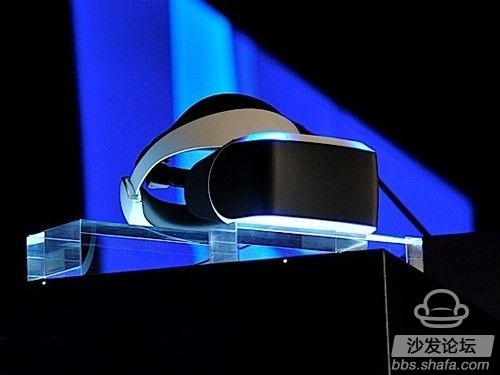 Headset display does not emphasize the advantages of resolution
There are also many vivid examples in the display area. For example, the development of dynamic contrast, at the beginning of many display manufacturers have stressed how outstanding their dynamic contrast, the value is constantly refreshing, and now due to the excessive development of this value, has already met the basic needs of users. As a result, some manufacturers have developed dynamic contrast ratios of up to 100 million:1. It is very likely that the 8K resolution will face such an embarrassment in the future. 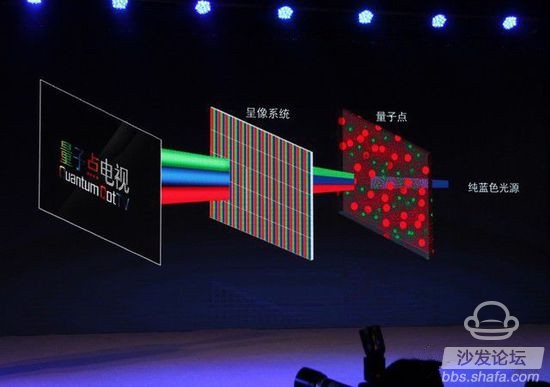 The development of color is also a direction
It is obviously not a clever practice to focus on the resolution of only the locked-in resolution, especially the development of the resolution. There has been a situation of surplus, and other related industrial chains have not kept up. The Japanese government and the next-generation television broadcast promotion forum (NexTV-F) have developed a 4K/8K ultra-high-definition television broadcasting roadmap, including 8K experimental broadcasting via satellite in 2016, and the commercial broadcast service launched in 2018 is worthy of promotion. Masayuki Sugawara's views are not rational enough under the premise of changing technological diversity.

This content is copyrighted exclusively by SofaNet. Welcome manufacturers to further exchanges and cooperation with us to create more in-depth product reports.