Introduction: Mobile VR is a trend in the future, including glasses boxes and all-in-one models. For a complete system, the all-in-one machine is more professional than the glasses case and is considered to be the most suitable VR form. With Qualcomm, Ruixinwei, Quanzhi and other chip manufacturers launching their own VR integrated machine chip solutions, the domestic VR all-in-one machine will enter a stage of rapid development and is expected to rank among the best in the world.

What are the attractiveness of the VR machine?

The first type of PC VR, VR head-mounted display is connected to a host or PC system, and provides an interactive mode based on the host system. Therefore, PC VR has better computing and processing capabilities and interactive capabilities, and is currently the best VR product. However, the main limitation is that the computer needs to be connected, and a line is dragged behind the user, which lacks mobility and convenience. Expensive prices are also one of the limiting factors.

The second category is the mobile phone box. This is the most sold VR device on the market, relying on smartphones, but also subject to the performance of mobile phones. VR has a very high resolution requirement, 4K resolution is barely able to see the graininess, and 2K on the mobile phone can meet the daily use needs; at the same time, the mobile phone has to compromise for other functions used daily.

The third category is the all-in-one. The all-in-one does not require an additional computer or mobile phone, and has its own display screen, processing unit, power supply unit and interactive system. As a product dedicated to VR, you don't need to take care of the daily needs of many mobile phones, and you can balance the price while increasing the screen resolution.

The most popular VR devices on the market today, which sell the most popular VR devices, are definitely low-priced VR boxes, but such devices are relatively inferior in terms of experience. The better experience is a kind of VR device that needs to connect to the host/PC, such as HTC VIVE, Oculus rift, etc. Depending on the powerful performance of the PC, such VR devices can run some large VR applications excellently, but the disadvantages are It is expensive and lacks mobile portability. In contrast, the VR all-in-one can have a high cost performance and mobile portability while ensuring a certain experience.

The industry believes that mobile VR is an inevitable trend in the future, including glasses box and one machine. For a complete system, the all-in-one machine is more professional than the glasses case and is considered to be the most suitable VR form.

The VR all-in-one is suitable for relatively moderate games, social games or live video. VR is not only suitable for users to sit there to play heavy games or watch large 3D models, it is more suitable for the lightweight market of the Chinese market. Due to the mobile platform, the VR all-in-one has different overall performance and will not face heavy games with high rendering quality, which can reach a good moderate game experience. At the same time, it will take into account the video content, especially for 2D and 3D movies that are suitable for travel, viewing panoramic video or giant screen. 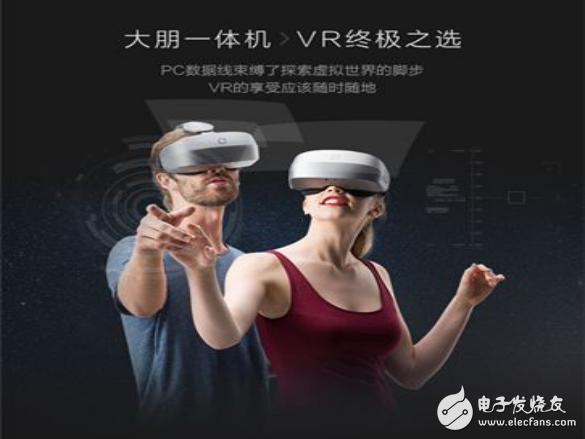 The RK3288 is based on the Cortex-A17 quad-core architecture, clocked at 1.8GHz, and the GPU is a quad-core Mali-T764. Both CPU and GPU performance are good. It is also a long-term market-proven chip.

The RK3399 uses the big.LITTLE core architecture. It has two Cortex-A72 cores and four Cortex-A53 cores. The highest frequency is up to 2.0GHz. It is a 64-bit six-core processor. The GPU uses the most powerful T880 quad core in the ARM Mali series. The overall performance is excellent.

In addition, Ruixin Micro is pushing the â€œthree new VR industry standardsâ€ â€“ 20ms millisecond delay, 75Hz above screen refresh rate and 1K gyro refresh rate, while claiming that its RK3399 and RK3288 support these three standards. The preemptive promotion of standards and the practice of market card positions have enabled Ruixin Micro to occupy a certain position in the domestic VR machine market. 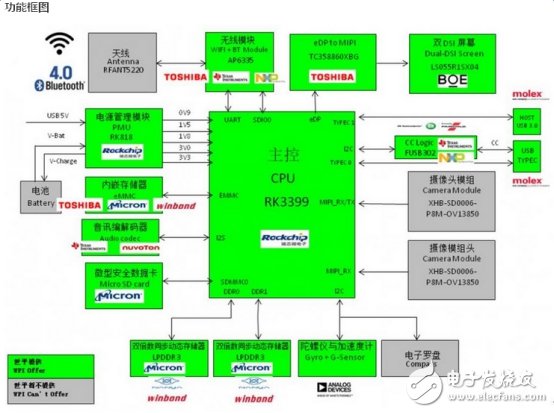