The Internet of Things is an important part of the new generation of information technology and an important stage of development in the era of "informatization." Relying on numerous technological innovations, the Internet of Things is becoming a master of the entire scientific and technological information in a compatible and inclusive manner, changing the pace of progress of the entire society. From Industry 4.0 to smart cities, from intelligent transportation to smart homes, from cloud computing to big data, from smart sensors to smart analysis, from drones to robots, smart wear, etc., based on IoT technology, Subvert our perception of the social economy. 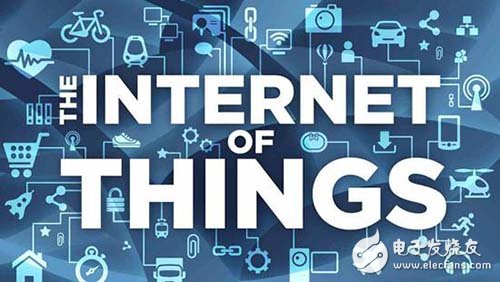 From the current point of view, in most sudden public safety incidents, pre-scheduled presuppositions and scenario arrangements are often not made, because many emergencies occur not because of the fundamental problems of order maintenance at the scene, but other The psychological, man-made, climatic, and even temporary sounds, images, communications, etc. related to order are short-term changes, and the management of the site does not have the ability to fully grasp these small changes in many cases, and finally pass the time. Procrastination and fermentation have gradually caused irreparable consequences.

To avoid dangers, infringements, and accidents, you need to be prepared and guarded to cope with attacks or avoid damage, so that the protected objects are in a safe state. In public safety management, security is the purpose, prevention is the means, and the purpose of security is achieved or achieved through means of prevention. For public security incidents, security precautions are pre-warning, and IoT technology can meet this demand. Taking public safety monitoring of the Internet of Things as an example, the public security monitoring field has a wide coverage, many monitoring indicators, high continuity requirements, and the environment is not suitable for manual monitoring, and the perceived information content is closely related to the lives of the people. The Internet of Things technology, especially the sensor network technology, constructs an information system project composed of a sensing layer, a network layer and an application layer. The monitoring of public safety mainly includes monitoring the safety of various production scenarios, monitoring the safety of producers, monitoring the safety of specific items, monitoring the crowded places, monitoring the important equipment and facilities, and handling the scenes and personnel during the emergency response. , information collection of items, etc. Once an abnormality occurs in various equipment personnel, the corresponding sensor can discover and collect various information in time, and promptly provide early warning to achieve the purpose of security prevention.

Researcher Li Zhongnan used examples to illustrate the application of the Internet of Things in the security field. He pointed out that by laying the sensing equipment in key core urban areas and occasions, it is possible to comprehensively evaluate the concentration and distribution of people at a certain time and place. The flow situation, and then timely feedback to the centralized back-office, using the analysis function of big data, predict in advance the possible traffic congestion and the distribution of people flow, to avoid the occurrence of various security incidents.

As sensor technology continues to mature, sensor costs are gradually declining, bringing more possibilities to the Internet of Everything. Researcher Li Zhongnan said that in the security industry, video surveillance systems are most likely to become an important entry point for the Internet of Things. Firstly, based on the construction of safe cities, video surveillance is widely distributed in cities, and various types of sensors installed in cameras are Environmental monitoring, urban management, and emergency disaster prevention have been widely used.

In the primary application of the concept of Internet of Things in the field of video surveillance, there is a preliminary plan for the planning of municipal management in a certain area of â€‹â€‹the city, relying on the acquisition sensor on the camera side, plus the intelligent analysis function of the back-end server. It can realize intelligent early warning of municipal management work in this area, such as the seizure of sewer manhole covers, mudslides/floods, traffic jams, crowds and other phenomena for background monitoring and early warning.

In the era of social transformation and change, public security has received more and more attention from the state, from national security to public security, to urban security, public transportation safety, food safety, and security in some sub-sectors. We will start to strengthen it. The so-called "great security" requires "great security." With the maturity of the Internet of Things technology, the Internet of Things, as a component of basic information technology, can realize the connection between things and things, things and people, and all items and networks. Easy to identify, manage and control, which will make the Internet of Things play a pivotal role in building a large security.