The so-called "Wintel" platform has spawned a series of standard PCs with almost identical functions and low prices since the late 1990s; in recent years, smartphones have followed the footsteps of PCs - we were Apple 8 years ago (Apple) The launch of the first iPhone witnessed the revolution in the mobile phone industry. With the popularity of Google's Android platform, smartphones were rapidly commercialized. Then... will the car be the next one?

My prediction is "will", which is inevitable; but the point of this question is not that "what will happen" or "when", but "more standardized and commoditized cars" will In what way will it come? There are already many technology companies whose future fate is tied to the answer.

We are also beginning to see signs of commercialization of automobiles. For example, Tesla, although their car is far from being commercialized, the company has already shown the industry how to build a â€œPC carâ€; and is negotiating with Ford Motors. OEM car Google. In addition, more and more automotive startups are betting on the development of data-oriented autonomous vehicles based on high-performance integrated central processing units (CPUs). 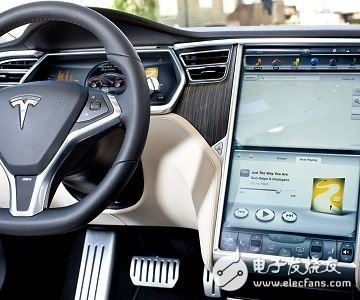 So, what is the power to drive all the changes in the automotive industry behind the scenes? Is it a future technology dream for autonomous vehicles? Or is it a new business model for car transformation into service? Or is it because the algorithms in the field of deep learning and artificial intelligence are becoming more and more reliable, and this is the key to car safety and development towards autonomous driving? Or is it the environmental trend that vehicle power is being turned from an internal combustion engine to an electric motor?

And Google may become the real culprit - threatening to homogenize the car, like Microsoft (Microsoft) / Intel (Intel) in the PC field, and Google's own Android smartphone. This theory is tempting, but industry analysts don't want to see it happen; they don't trust Google to play the role of a social reformer, and point to several other forces that are driving this imminent change.

The first clue to the commoditization of cars is the imminent change in the vehicle infrastructure; cars are moving towards higher levels of standardization. I recently met with founder and CEO Laszlo KishonTI of AdasWorks, a company that will participate in this year's International Consumer Electronics Show (CES 2016), which is said to be "the first to be powered by a single embedded application processor. Auto-driving car".

KishonTI said: "Mercedes-Benz's S-Class models contain 140 electronic control units (ECUs), but only 40 Airbuses;" he believes that the current number of vehicles must be streamlined. A large ECU, and by integrating components, the car can use a more powerful CPU/GPU/FPGA.

KishonTI further pointed out that a platform built on a single-chip high-performance embedded processor helps develop more efficient tools to support key high-performance embedded software programming, computer vision and artificial intelligence technologies: Many car manufacturers are aware of the importance of such a fully integrated platform, and Tesla has proven that it can be done."

AdasWorks is independent from the Hungarian company KishonTI, which provides optimized services in the mobile phone market. Its core competitiveness lies in 3D graphics technology and computing performance analysis. Customers include Nokia (Nokia) and many smartphone vendors, as well as semiconductors. The company; AdasWorks intends to port the parent company's experience in the mobile phone industry to the automotive industry.

Kishonti builds the future of the new company on artificial intelligence-based autonomous vehicles: â€œWhen your car can collect more information, it can become even more powerful;â€ and his goal is: â€œby providing integration a neural network-based software toolset to reform the automotive industry."

What is the difference between Googleâ€™s strategy and Android?

If a car becomes more and more commoditized like an Android phone, is it because Google applies the same script to the strategy of autonomous vehicles? The industry analysts said that it is not entirely true, although they have similarities, but Google's car business model and Android smartphone strategy are actually very different.

In the similarity between the two, Jeremy Carlson, senior analyst of the automotive industry at research firm IHS, admits that Googleâ€™s Android and autonomous vehicle businesses are pursuing the same goalâ€”making them (whether mobile or car) â€œbecome Everyone is affordable and achievable; but Carlson emphasizes that similarity only ends there, and that they differ more.

For example, Carlson said: "Automatically driving vehicle software requires more testing and verification than smartphone software; this is because smartphone restarts can have very different results than autopilot vehicle restarts."

More importantly: "Ford or other manufacturers and suppliers should be helpful for testing and verification, especially because of the hardware pairing, which allows Google to discover more extreme cases or define more types of behavior. And those come from a wealth of practical experience;" Carlson said, that is, Ford can bring a lot of help to Google.

Roger Lanctot, an automotive market analyst at Strategy Analytics, another market research firm, pointed out that it is Google that needs Ford now, not Ford needs Google; he said: "It is not clear how the future of Google and Ford's cooperation announced on the eve of CES will be But the engine is still the most important part of the cost of a car, defining the vehicle's performance, features, fuel efficiency and power.

Lanctot added that it is worth noting that Fiat Chrysler CEO Sergio Marchionne is working hard to promote the merger with General Motors (GM), focusing on the costly cost of developing the powertrain system technology for the car factory; but as the vehicle moves toward electrification, Will make all the car manufacturers stand on the same level.

Where can I go wrong?

Google may change the power dynamics within the automotive industry because the company's goals are different from those of the carmakers. "Google's interest is not in the powertrain, they only focus on the interaction between the security system and the security system and the power-integrated system that will be electric;" Lanctot said: "Unfortunately, when power integration technology (the key value of Ford) is important Sex is not as good as software and services (the core of Google), it is a disaster."

Then the homogenization of the vehicle is inevitable? Lanctot said: "Yes, because Google is completely uninterested in the differentiation of vehicles, but this is also a blind spot for Ford, which the company needs to clarify; my point is that producing cars only for Google is not a long-term solution, helpless. Solving problems with Ford can only help Google solve problems."

Ok... Since Google is likely to be the only culprit in getting the car on the PC and smartphone, as Lanctot concludes, there will be many car startups and depots that focus their attention on the main source of cost â€“ the power Integration - transfer, towards the definition of the essence of the car with software and services. If such a change does not lead to the commodification of cars, what will happen? Regardless of whether the car manufacturers like it or not, I think this is already a road that can't be turned back.