In addition to the intelligentization of products such as sockets and TVs in the home, users hope to have more traditional digital products, and manufacturers also hope to find breakthroughs with more intelligent products. Smart speakers are the products that both parties have found at the same time.

In November 2014, Amazon launched the smart speaker Echo, which supports Bluetooth and WiFi and can play music. At the same time, it also integrates voice functions, through the cloud services provided by Amazon, can search, news, shopping, reminders and other operations. In April of this year, Amazon announced that Echo supports Belkin WeMo smart switches and Philips Hue smart lighting. This means that it is not just a speaker. You can do a voice search to Echo, and you can use voice commands to let it control the switches and lights. Amazon's expectations for it are far less than this. In the future, Amazon will also add smart home compatibility to Echo, enabling it to operate other smart home devices. Since the launch of Echo in November 2014, its sales have been estimated to have reached 3 million. 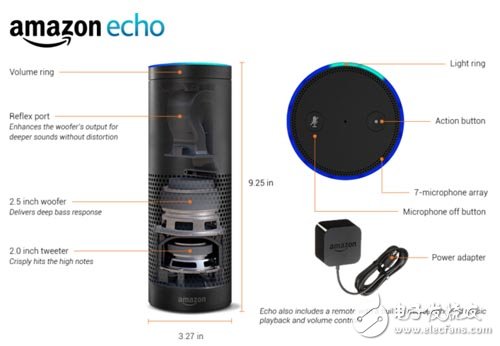 Amazon's smart speaker Echo supports the Apple iPhone, because its voice activation function is very reliable, and the integrated support services are more and more, so it has received a good evaluation in the Apple community. At Google's I/O Developers Conference this year, Google released the Google Home smart speaker device. It is reported that Apple may be planning to integrate a camera in Siri speakers, will highlight its different Google Home Amazon Echo and let it take more advantage in the competition, there is news that this speaker will integrate Siri HomeKit smart home platform.

On the one hand, the outbreak of domestic smart speakers is influenced by Amazon Echo speakers. On the other hand, the positioning of speakers is more in line with the voice interaction scene in the home, which naturally leads to the promotion of voice manufacturers.

For example, Jingdong and Keda Xunfei jointly launched the smart speaker, Ali and Philips cooperated to launch the wireless speaker "Xiaofei", as well as Xiaozhi speakers, bird audio, 360-inch speakers and so on. Although the above products are different, but their purpose is only one, in line with the tide of artificial intelligence, to seize the smart home entrance. 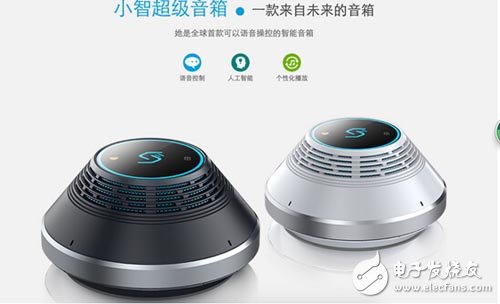 At present, the definition of smart speaker is not too clear, but there is no doubt that it must belong to the smart home, belonging to the intelligent hardware of the mobile Internet and the Internet of Things.

In addition to the connection control that people have already seen, the smart speaker should have the following features:

1, interconnected, can be shared by multiple devices:

Smart speakers should be easily interconnected wirelessly with other smart devices, such as TVs, tablets, computers, etc. When people are at home, they may often need to switch between different devices. The speakers that can be shared by multiple devices are smart.

2, can be automatically adapted, multi-speaker interaction:

5, with an open interface:

Mini Circuit breakers, also named as the air switch which have a short for arc extinguishing device. It is a switch role, and also is a automatic protection of low-voltage electrical distribution. Its role is equivalent to the combination of switch. Fuse. Thermal Relay and other electrical components. It mainly used for short circuit and overload protection. Generally, According to the poles, mini Circuit breaker can be divided into 1P , 1P+N , 2P, 3P and 4P.